Mother’s guilt is a natural consequence for wanting to be a good Mother to your children. However, there is nothing worse than feeling responsible when your child gets hurt or sick.

I’ll never forget when Ailey went into anaphylaxis as an infant – it was horrifying since I had given her the hummus. Accidents can happen but the amount of Mother’s guilt involved is overwhelming.

On Sunday we visited my cousins’ daughters’ birthday party at Sky Zone. Ailey collided with a little girl while bouncing on the trampolines. The wind knocked out of her, she cried in a way I haven’t heard before. Initially I was scared, but I calmed after considering she was tired (close to nap time), sweaty, and probably just scared. All the Moms crowded around her, two nurses included, and we checked her out. Ailey was crying and grabbing her little leg as if in pain. We noticed her knee seemed a little puffy and red, but there was no visible dislocation or immediate bruising. After an hour and two bags of ice later, she was still crying and unable to stand.

We made an appointment with the pediatrician for the following day. Brandon and I encouraged Ailey to try to stand or walk, but she whimpered and said her leg hurt. Honestly, I thought it wasn’t a big deal, the pain a new sensation and scared to hurt herself more. We were obviously WRONG. Fast forward to a trip to the pediatrician, radiologist, and orthopedic specialist… we thought she had a toddler fracture to her fibula.

I can’t begin to describe the feeling that washed over me as the pediatrician relayed the radiology results. A million thoughts raced through my head – Why didn’t I take her to the ER? Why didn’t I realize she was crying different than normal? How come I didn’t take her pain seriously? WHAT WAS WRONG WITH ME? Neglect is a word that should never describe a parent’s role in their child’s life and I felt like it was branded across my forehead as I explained what happened to each doctor.

I’m so thankful for family kept me grounded and an orthopedic specialist who said there is ultimately no crack in her bones. I silently cried tears of joy and relief after it was all over. The guilt though, that didn’t leave my heart. As I sit here and type this while she sleeps quietly in my bed behind me, I can’t fathom if she had really broken her little leg and I made her wait two days to have it cast. I want to learn from my mistake and react more quickly when accidents happen.

All parents experience guilt in some form as a reaction to our desire to be the best Mom or Dad to our children.

Guilt from going back to work, guilt from yelling, guilt from overreacting, guilt from not taking your child seriously – the opportunities to feel guilty never end. My hope is I learn from my mistakes and never let the guilt overpower me. Instead, I’d like to myself that its not about ME in the end, it’s all about our girls.

Caitlin Houston is a Connecticut based life and style blogger. 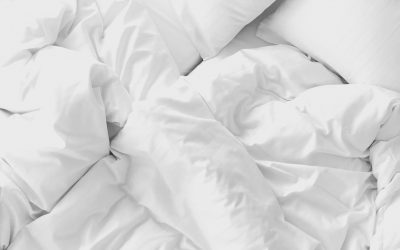 Introduce yourself and your program
Your information will *never* be shared or sold to a 3rd party.
30shares